Autistic people—but perhaps particularly autistic females–learn how to camouflage/mask in order to fit in. One of the things we often use is movie talk. What is that?

Movie talk is mimicking a character from a movie or series—or possibly even from a book—as a way to present oneself as socially appropriate. The level of imitation can go further than just repetition of words though. For instance, autistic people that are less able to function may mimic the words, while a more functional autistic person practically becomes the character.

Essentially, we learn to (appear to) socialize better and to camouflage the behaviours that make us stand out, based on the movies and series we watch. We more or less convert movie scripts into social scripts!

Yes, Maurice Moss is amazing, but quotes like the one above are probably not the easiest scripts to use in social interactions, nor indeed particularly useful as a way to fit in.

There are real consequences to camouflaging, including losing your sense of identity, which is described in the post below.

Masking: is it good or bad?

But (long-term) consequences aside, in principle learning more social scripts can be greatly beneficial in social interaction. The challenge, however, is that our “crystal ball” never gets any better at predicting how to deal with different social situations. For more information on our prediction deficit, read the following post:

Autism: a deficit of prediction

So we literally have to learn thousands of these social scripts and apply them to similar or diverse social situations. We study movies, series, books, and real-life people to learn these scripts. And although some autistic males certainly do this as well, autistic women tend to feel much more social pressure to try to internalize all those scripts. This is also part of the reason why so many autistic women remain undiagnosed, because movie talk can considerably camouflage autistic behaviour, especially in the social domain.

I try to copy socially successful people by trying to imitate their speech and body language and trying to understand their interests. (Male, 71)[2]“Putting on My Best Normal”: Social Camouflaging in Adults with Autism Spectrum Conditions

Some of us engage so wholly in this that we are effectively imagining being a character—the movements, the mannerisms, etc. We also unlearn and erase from our repertoire the mannerisms, speech patterns, and other aspects of communication that fail in social situations. Some autistic people even adjust their clothes to become different characters. One respondent to a study from 2017 by Laura Hull et al. said:[3]“Putting on My Best Normal”: Social Camouflaging in Adults with Autism Spectrum Conditions

I camouflage by putting on a character… I treat my clothes rather like costumes, and certain items of clothing help me to uphold certain personality characteristics of which character I am on that occasion. I have a repertoire of roles for: cafe work, bar work, uni, various groups of friends, etc. They are all me at the core, but they are edited versions of me, designed to not stand out for the ‘wrong’ reasons. (Female, 22)

And here there is a sort of natural selection of movie characters, because we identify which movie talk and which characters are most useful to make sure social interaction goes smoothly, and which characters and statements are… less useful. So we would copy confident characters like Angelina Jolie’s characterization of Lara Croft in Tomb Raider, and change any behaviours that look like Maurice Moss from The IT Crowd. Sorry, Moss! 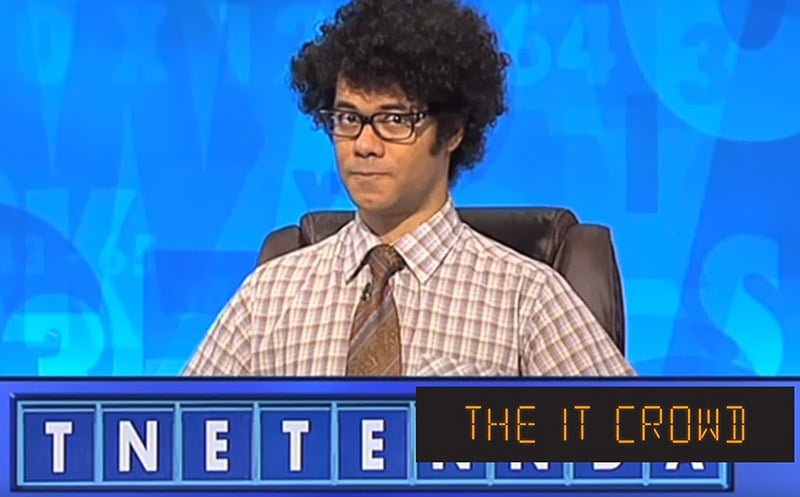 I would often find that I would become characters unconsciously. I would know I was doing it because I no longer felt like myself, and I would be fascinated with my new mannerisms. Even my speech patterns may have changed.

Do you engage in movie talk?

What characters have you found to be useful to learn social scripts?