One example of heightened sensory perception is being able to read tiny text—like the small print on the back of products—from across a room. At a size of 0.07 mm × 0.10 mm, below is the world’s smallest book, entitled Teeny Ted from Turnip Town, next to a minute scratch—you need an electron microscope to read it! Or maybe just an autistic with extraordinary vision. 😉 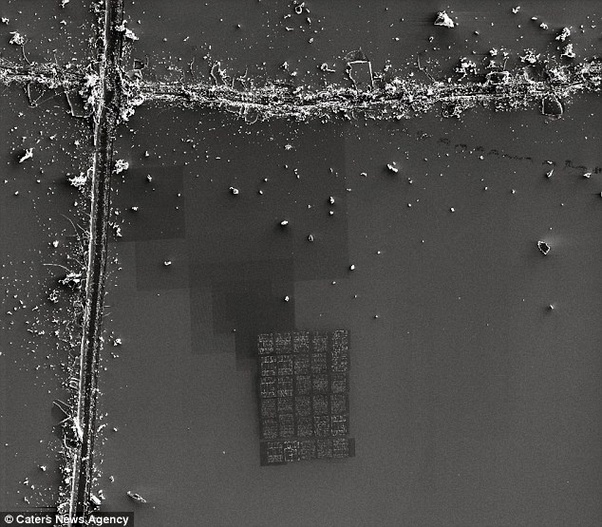 Our brains have allocated more brain resources in the areas associated with visual detection resulting in visual hypersensitivity.

This results in outstanding capacities in visual tasks.

Instead of playing Where’s Waldo?, we play Here’s Waldo!

We can see changes in the gap size on a screen filled with the letter C, much better than neurotypicals.[4]Brief report: the relationship between visual acuity, the embedded figures test and systemizing in autism spectrum disorders (Brosnan, Gwilliam & Walker, 2012)

We grow up not knowing that others do not see the world the same as us…they don’t see air particulates, some of us do:[5]Autism and Asperger Syndrome (Baron-Cohen, 2008)

My bed was surrounded and totally encased by tiny spots which I called stars, like some kind of mystical glass coffin. I have since learned that they are actually airborne particulates yet my vision was so hypersensitive that they often became a hypnotic foreground with the rest of ‘the world’ fading away.

And if that does not convince you of our Super Powers, we have the visual acuity of birds of prey. What a neurotypical can see at 7 feet, we can see at 20 feet on average![6]Talent in autism: hyper-systemizing, hyper-attention to detail and sensory hypersensitivity (Baron-Cohen et al., 2009)

We have increased pattern recognition. 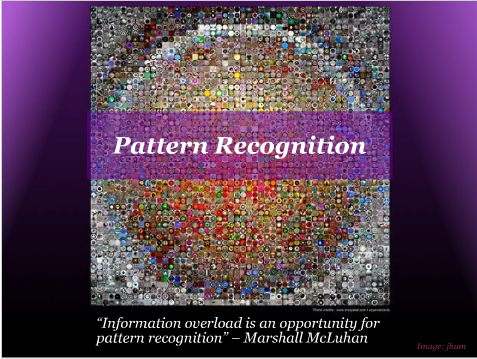 We see more details than a neurotypical, because we process a greater amount of sensory information. While neurotypicals focus on faces, we look around and see the details.

When you show a neurotypical and an autistic person a forest, they do see the trees…

But we (autistic people) also see the insects, the flowers, the moss, etc.—as well as their constituents and intricacies.

In addition, autistic people are less susceptible on average to optical illusions…

This is because we tend to focus on the details as opposed to the gestalt.

Our rods and cones are different. 85% of us see colours with greater intensity than neurotypicals, with red appearing nearly fluorescent; 10% saw red as neurotypical children do, and 5% saw muted colours.[8]Implications. Sensory Stimulation and Autistic Children (Paron-Wildes, 2012)[9]Interior Design for Autism from Childhood to Adolescence (Paron-Wildes, 2013)