While I was preparing the post on Natalie’s radio interview on trauma, autism, and her clinical practice (see the link below), I noted that the length of the episode is 13:14 minutes. I had to chuckle. Let me explain why.

It was morning, on the same day I posted Natalie’s interview. Natalie knocked on the bathroom door. “Let me in! I need to pee!”

I didn’t want to let her in, because I was already making use of the toilet. But my alone-time had to come to an end. Earlier that week we had a similar situation, and Natalie—as a joke (I hope)—threatened to pee on the deck if I didn’t hurry. So this time I said, “Go pee on the deck!” and then added, “You deck beast”.

I thought it was funny to call her a deck beast, in part, because we call our dog Pluto ‘beast’ occasionally when he is showing his animal nature (he is our surrogate child, so we often forget he’s still an animal).

The Beast out of the Sea

So here is why I thought it was funny that Natalie’s radio interview lasts 13:14 minutes. I’m not religious and never have been, but as a teenager, I was fascinated with theology, numerology, Jewish mysticism, Kabbalah, etc. I collected old Bibles, and for a while would carry a Bible around to read it when I had nothing to do. The chapter of the Christian Bible I was most enthralled by was Revelation 13. This is how it starts:[1]Revelation 13–14 | Bible Gateway

The dragon stood on the shore of the sea. And I saw a beast coming out of the sea. It had ten horns and seven heads, with ten crowns on its horns, and on each head a blasphemous name.

I guess this is the deck beast I was referring to. I wasn’t imagining ten horns and seven heads, nor any crowns, but it makes sense that the sea is a metaphor for pee. “And I saw a beast coming out of the sea” is a poetic way of saying, “I saw my partner emerge from the deck after she peed on it”.

The beast was given a mouth to utter proud words and blasphemies and to exercise its authority for forty-two months.

I don’t know what to make of the blasphemies, but I hope this is foretelling that we will have 3.5 years of awesome autism advocacy!

Number of the beast

Now let me tell you why I was reminded of Revelations 13 in the first place. In the next passage, entitled The Beast out of the Earth (13:16), you can read the following:[3]Revelation 13–14 | Bible Gateway

It also forced all people, great and small, rich and poor, free and slave, to receive a mark on their right hands or on their foreheads, so that they could not buy or sell unless they had the mark, which is the name of the beast or the number of its name.

This calls for wisdom. Let the person who has insight calculate the number of the beast, for it is the number of a man. That number is 666.

This reference is actually really interesting. Many metal bands sing about 666 being the number of the beast/devil, but it’s really not that simple, and possibly just wrong. The Book of Revelation—when taken at face value—seems to describe a dramatic theological spectacle. But its symbolism is less straightforward. Here is one interpretation:

This number is significant because the number six is less than seven—the number symbolizing perfection or completeness.

The number six also represents man, since mankind was created on the sixth day of creation. The three sixes may be a reference to the unholy Trinity.

In other words, 666 is a symbolic number, much like the other numbers of Revelation, and likely symbolizes, at least in part, the Beast’s imperfection, his place in the “unholy Trinity,” and his representation of and authority over sinful humanity.[4]Matthew Emerson — Between the Cross and the Throne: The Book of Revelation (2016)

But another interpretation shared by many scholars is that it’s a political metaphor. The statement “which is the name of the beast or the number of its name.” is very important.

The political references don’t end there. The seven heads represent both seven mountains and seven kings, and the ten horns are ten kings who have not yet received kingdoms. There is a lot more depth to this, but it’s clear that these passages form an allegory for the political situation at the time.

Natalie had some concerns about this post, as none of this pertains to autism, but more importantly, she didn’t want to risk offending religious people. Either way, when I looked at our Facebook page and saw that we have 666 followers and 616 page likes, I took it as a sign that what I was doing was right. 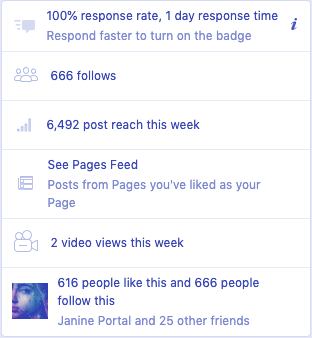 I’m also glad the pact we made with the devil to make our autism advocacy work is finally paying off. Joking!

Given that the seven-headed beast is symbolic evil—whether it’s one part of the unholy trinity or a representation of Nero—I figured it could be an interesting metaphor for the greatest challenges/downsides of autism. “The autistic Beast out of a neurotypical Sea”, so to speak.

What are your seven greatest challenges of being autistic?